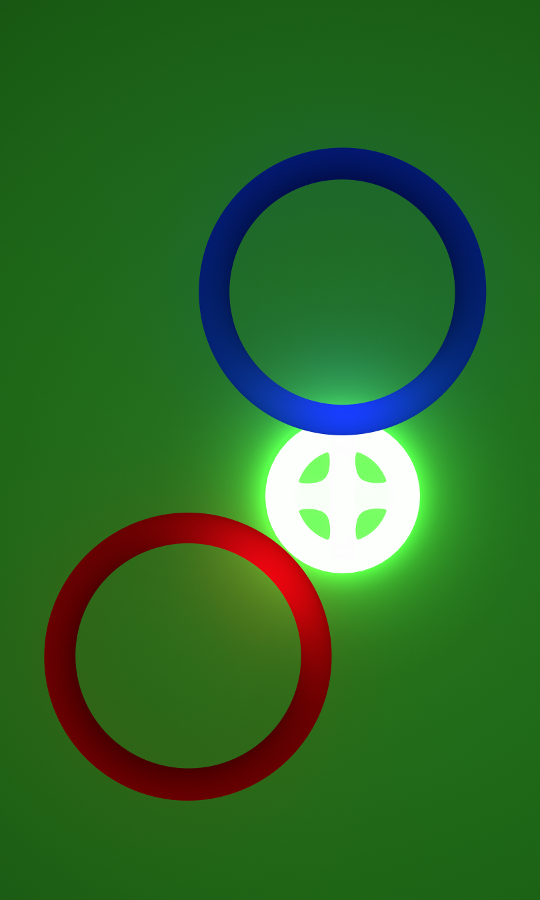 Accept your mortal descent from the immortal Goð.

The rest is commentary.

At any time (including the present), feel free to stop reading and let the dogma, itself, speak to you.

You live and you are a mortal Goð.

A Goð 's expression is Creation.

Recognizing descent from the immortal Goð, reflect on your mortal limitations in appreciation of the Creation of which you are a part and in which you Create.

From this primary relationship proceeds all morality.

This primary relationship of the Individual to Creation precedes society.

Children are Creations of the mortal Goðs called "parents".  The family precedes society.

Human Society is the relationship between mortal Goðs.

When the Creative expressions of mortal Goðs come into conflict, their primary relationship with the immortal Goð provides fair adjudication.

Toward this end, The Fair Church℠'s motto, "May the best win!" means a fair contest between Ecclesia to resolve conflicts between mortal Goðs, respecting these primary relationships of descent.

1This constraint is derived from the book "Man's Relation to Government", section "The One Alternative To Bloody Revolution" by Melvin Gorham, ISBN 0-914752-16-2, Sovereign Press, 326 Harris Road, Rochester, WA 98579.  An exemplar for this kind of ecclesiastical law is given below, under "Natural Ecclesia:  Language For Ecclesiastical Natural Law", which also defines the term, "Natural Ecclesia" as used herein.

3This allots each adult with territory necessary for replacement reproduction, hence mitigating, not eliminating, the biological imperative for war.  It does not exclude semi-enclaves, nor does it exclude intercine wars, as the appeal of last resort in inter-ecclesia dispute processing.  In this respect, an ecclesium is sovereign in relation to other ecclesia, similar to The Treaty of Westphalia's notion of the nation-state under the doctrine of Cuius regio, eius religio.

4The intent is similar to that set forth by The Half-Earth Project.

5This further expands the territory of Natural Ecclesia as more of humanity is subject to individual selection.

6This is the necessary and sufficient condition to implement the originally-limited intent of the Commerce Clause of the US Constitution, as well as facilitate emigration.  This naturally excludes pene-enclaves consistent with the intent of §3

7This is the obligation to serve in Holy War for Individual Integrity.

Instead of using the words “adult” and “minor,” or “female” and “male,” or “authority” and “layman,” or any of the many other pairs now used to designate and confuse social roles, this Law uses only two words “sovereign” and “shielded.” A significant carry over from current word usage is that “sovereign” implies decision backed by force. Full definition is given to the word “sovereign” and “shielded” by pointing out their social function.

This Law recognizes that force is an element of every social structure. At the same time it recognizes that a quality of being that inspires protection is the essential balancing element to force.

The force that perpetuates the social organization set forth here is that of sovereign individuals.

This Law gives formal social approval to the use of force in certain circumstances by sovereign individuals. This Law severely limits the use of group force. The group can use only as much sovereignty as individuals — by this Law — have delegated to the group and no more.

Within this Law a vote is always a deliberated group decision to use group force within the severely limited area herein specified that group force can be used. Because a vote is a basis for the use of force, only sovereigns can vote on matters that are decided by vote.

A provision for formal combat between individual sovereigns is a group enforced protection against demagogues who seek to extend the areas for the use of group force. Because men of honor and integrity usually disdain the twisted use of mob-swaying words (the reason-mutilating weapon of demagogues) formal physical combat on Nature’s terms is every sovereign’s prerogative.

A shielded person cannot vote and cannot be challenged to formal combat.

Small children cannot effectively function as sovereigns, and some adults may not wish to do so. Such persons may be shielded by a sovereign individual.

The following statements help define the terms “sovereign” and “shielded”:

Except for the special condition noted below regarding formal combat, a sovereign acting alone may remove the shield from one protected by it. Removal is made by a formal declaration of the fact. The shielded person thereby becomes sovereign.

All who are protected by a sovereign’s shield become sovereign if their sovereign dies or disappears.

A sovereign who is shielding no one may cease to be sovereign and become shielded by another sovereign if formal declaration of the relationship is made by both sovereign and shielded.

1The language for the Natural Ecclesia is derived from p90-93, “Valoric Fire And a Working Plan for Individual Sovereignty” From the Valorian Society ISBN 0-914752-18-9, except for the underlined additions set forth in §6.3 above.  For technical exigesis, see introductory text in Sortocracy's "The State of Nature".

The diversity of Fair Ecclesia arising from conflict provides a wide range of options for those excluded from some Fair Ecclesia.  These options narrow as a person is excluded from ever-more Fair Ecclesia.  Ultimately, Natural Ecclesia may be the only option for some, but this would be after exclusion even by those Fair Ecclesia offering the equivalent of voluntary servitude in harsh environments where their labor is poorly compensated and life is endangered.

#1 is obvious since you can’t put your beliefs into practice without land. #2 is also obvious as people who cannot practically relocate cannot vote with their feet.

#3 should be obvious but, due to the moral zeitgeist, it is not. Incarceration rates, particularly in the US, show us that there are two, fundamentally opposed, kinds of borders: Those that keep people out and those that keep people in. Of the two, the kind that keeps people in is least compatible with the right to vote with your feet.  Even the US’s 13th Amendment to the Constitution has provision for involuntary servitude: Slavery for those imprisoned.  De facto, legalized, slavery is increasing.  We see moral outrage perpetrated as the prison-industrial complex arising at the interface of government and capitalism exploits this gaping loophole in the 13th Amendment.  The pseudo-secular moral zeitgeist’s dogma is “inclusion”.  What is not admitted is this necessarily entails walls that keep people from leaving who are found to be “criminal” by the "inclusive society".

The moral zeitgeist has to reconcile its moral outrage at imprisonment with its moral outrage at "exclusion". The answer to this, consistent with The Fair Church℠ dogma, is the freedom to escape any Fair Ecclesia, combined with each Fair Ecclesia's freedom to exclude anyone for any reason whatsoever, with Natural Ecclesia as the, possibly fatal, inclusion of last resort.